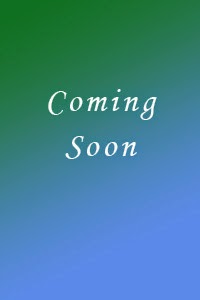 Hey, Saturday Spankos! It’s been awhile since I participated from this blog. Thought it was time I did before you forgot me. *grins*

While a snippet from my current release: Finding Their Bliss is over on the Corbin’s Bend blog, I thought I’d give you a little snippet from a series of books I’ve written called In Hyacinth. They aren’t published yet, and to be honest, I’m not sure what pseudonym I will be putting them out under as they aren’t erotic so don’t really fit this pseudonym, but as they have to do with domestic discipline, they are out of the realm for my ‘good girl’ pseudonym. Each book goes through the growth of the heroine as she finds herself while being courted.

Kathy grew up in a family steeped in traditional values and discipline. Just after turning eighteen, things change a bit. Her best friend tries to trick her into having sex, something Kathy strongly believes belongs in marriage only.

* * * * *
Carina kept telling her to “just try it” and she would politely decline. The night Kathy went to a sleepover at her friend’s house only to find Carina’s current boyfriend and his best friend there expecting more than she was willing to give, she ran home crying.
Two days later, her father called a family meeting and informed her that they were moving to a town two thousand miles away called Hyacinth. “The people there have the same values we have,” he explained. “I think it would be better for you to be around people who respect that.”
And that was the end of discussion. When Gerald made the decision, her and her mother’s job was to follow it. And to be honest, there was a part of her that looked forward to talking to other girls who felt the same way. She loved her old home, but lately all she had felt was pressured to do something she did not want to do with just anyone.
Two weeks later, all of their goods were packed up and shipped, and the three of them headed off on their trek.
* * * * *

When Kathy Bretherton moved to Hyacinth at the age of eighteen, she looked forward to living amongst people who believed in traditional values like her family did. She did not expect to become part of the Hyacinth Courting Pool and the object of interest of every man looking for a wife.

Alexander Covington was the most eligible bachelor in town and he wanted her. For Kathy, who grew up in a household where the man was the head of the home and her and her mother’s jobs were to take care of it, learning to accept him as her leader was relatively easy. Receiving his discipline was the life-changing part.

Hyacinth, Washington is all about traditional values. In Hyacinth; its residents live their lives by discipline; there is a strong male head of house; and words like trust, honor, and kindness aren’t just buzzwords. Each story in the series is of a young woman (18-20) and her struggle to figure out who she is in this little town while at the same time going through Hyacinth’s old-fashioned courting system. On their way to meet, get to know, and finally marry their princes, these heroines grow in ways they and their town never expected.

While spanking does exist in every story (more in some than others), the stories are more about the growth of the heroine and loving discipline in all its far-reaching ways, than about spanking. Though, in the first couple books, it happens so often you might think I’m a bit crazy for saying that. *grins*

*Currently, the seven finished stories are M/F. There is an M/M in the works, but it isn’t completed. Yet. The M/M series title may differ slightly.*

Now…on with the Saturday Spankings Bloghop!

And it’s another Six of the Best Sunday! How’s your Valentine’s Day treating you? Or are you celebrating Lupercalia? I think that […]

Once again I am redesigning… or reconfiguring rather Thianna D’s Kinky Shop. I want to make it easier for someone to browse […]

16 thoughts on “The same values we have #SatSpanks #InHyacinth”