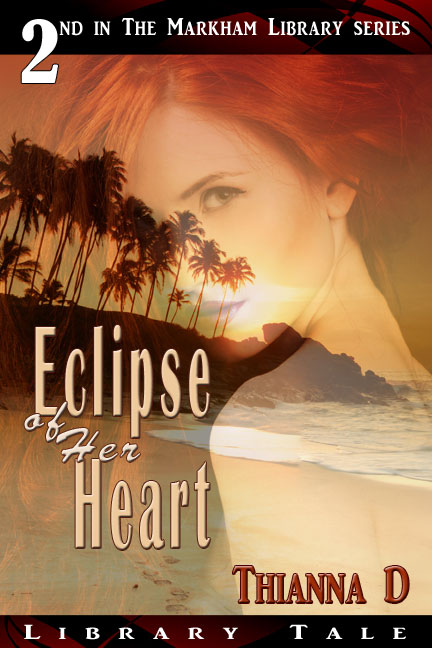 “King Ro, our last king. He stayed too long in this world and lost the desire to return to the one he came from. By the time he died, my world was already run by corruption.”
“That’s sad. Why did he stay here?”
“He found a woman he loved,” he said simply. “A woman who was so important to him that he stayed with her. He chose her over us.”
She didn’t know how to respond. Wasn’t that what she hoped he would do? Choose her, insignificant Serendipity Jones, over his whole world?
“Shall we sit?” he offered, pointing toward one of the benches.
They spent the afternoon talking, passing the time. She could not bring up all the things she wanted to know. Was he ready to marry this woman? What was she like? Would he forget Serendipity when he crossed back over?
When his lips touched her jaw softly, she smiled. “You look lost in thought, dearest,” he murmured.
“I guess I am,” she admitted, leaning into his embrace. “We do not have a lot of time left.”
“No, we don’t,” he admitted. “The eclipse will be here in days.”
“And you will leave with her,” she murmured.
Sighing, he pulled her onto his lap. “We cannot change what must be, little Serendipity. Let us enjoy the time we have.”

Eclipse of Her Heart is available from:

A few have asked how Landria found her way to the portal in the Markham Library. So, I thought I would share […]

Welcome to another My Sexy Saturday! This week, the theme is Talk Sexy to Me – now that can mean all sorts […]

Greetings Saturday Spankers and Spankees! Today I am giving you another snippet from the first Markham Library Tale Through the Library Door. […]