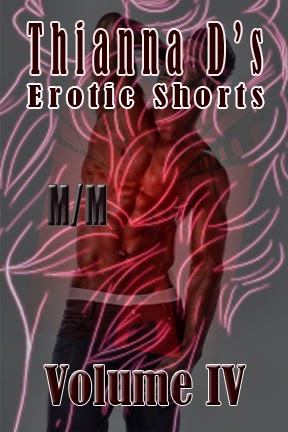 Hello Seductive Studs & Sirens! Getting your fill of GLBT+ fiction this Saturday?

I’m giving you a snippet from one of my short stories volumes today. Volumes IV, VII, IX, & X are all filled with M/M erotica. And Volume XI has F/F. This snippet is from Do You Believe In Fairy Tales? from Volume IV.

Covlin’s being gay wasn’t a problem until his elder brothers died and it was up to him to take up the mantel of future leader of his clan. Tonight he would meet the leaders of other clans and the daughters they brought with them. He must accept his father’s choice of one clan to align with, one girl as his wife. It all sounds like a depressing story that couldn’t possibly end well…unless you believe in fairy tales.

This snippet takes place the afternoon of this oh, so fateful night.

* * * * *
The stress grew and when the kings and their guards arrived along with daughters they hoped he would choose, he could not handle it anymore and ran into the woods. By law he should not be there as it did not belong to his people, but the woods were the only place he wanted to go, the only place that calmed him. And the only place he ever met up with Kalen. He had no idea who Kalen was; had just run into him one day while out hunting. Tall, with light skin and bright yellow eyes, he was striking and when he showed interest, the two of them had spent more than one wonderful afternoon in each other’s arms.
When Covlin entered the darkness of the woods, he didn’t expect to find his lover—he hadn’t been there for so long—but the moment he passed out of sight of his village, two strong arms encircled him from behind and he knew who it was.
“Kalen,” he groaned.
* * * * *

Get On With It, Old Man!: Excerpt from Hand of God by Raya Ezelle – Jeremy has a lot of deep anger toward his old religious leader only to find he needs him now.

Check it out! Duty, book two of the Drakyl Ranch series is now available. Who’s ready for more drakyl?

A little holiday humor from Worth the Wait for #SatSpanks

It took a couple weeks, but I finally got the Erotirec Page put back together. This time I also added a Star […]