Is Vala’s Story a Series or a Serialization?
It’s day 12 on my blog tour for the re-release of “Out of the Night: Book One” of my Vala’s Story serial. Please visit this page if you want to catch up on missed posts. Thank you, Thianna, for hosting me.
I could probably spend the rest of my life bopping around online trying to find a complete answer to “what is a book series made of?” and “what is a book serial made of” Yup, no agreement exists lol. It seems in usage that serial tends to denote a longer novel (like maybe 80000 words or more) shared in shorter snippets from 10 to 25K words. A series tends to be books of a novel length that can either stand on their own or must be read in order. It seems to me that “a proper cliff hanger ending” is one of the most important points of a “proper” series. I’ve thought and talked at length about whether “Vala’s Story” is a series or a serial; I’ve had to accept that it’s somewhere in between. In all the online research I did before trying to write this, I found an interesting comment that basically said talked about pieces of story within a novel that’s almost like a short story; this is less true in “Out of the Night: Book One” than it is in later books in the serial. And speaking of Vala’s training… The Queen has his plan for how Vala’s training will proceed and that shapes the serial, more than anything else. I’ve had a bunch of fun as the story has unfolded, especially in the amusement as I look at the length from one book to the next. “Night” is a short book, just barely 45K words, and the next book “Gates of the Garden: Book Two” is a similar length, but when we get to books 3 and 4, where my BR and I are working currently, I start having longer books (as in 80K and possibly over 100K by the time the re-write is done). And as I said to my BR tonight, “we could probably dissect many sections for their build up, climax and denouement.” So please suspend judgments of what it “is” and just enjoy the story, the sex, the BDSM, and the romance as Vala learns to please The Queen and enjoy her own sexuality.
“Out of the Night: Book One” blurb
Restless and world-weary, Mearr isn’t about to admit she needs anyone’s help, even this gorgeous man who has taken her into his home. Well one of his homes and part of this huge family she’s heard about but not met all of. She’s young, looks young, and knows it but at least she’s legal now so she can pick a new name to go with her new life…
The Queen knows he wants Mearr bad, ever since the first time he saw her in the window of the coffeehouse. He has his plan, but even a Dominant’s plans don’t always survive the unpredictability of the future. He struggles to figure out this temperamental woman he’s brought home, how best to help her. Then he takes her to his mansion…
They wait patiently for The Queen to bring Mearr home. Well to the home they’ve been redecorating for Him and for the hopes that she’ll become part of their family and be trained to please Him. Simon and Tommy have seen her, of course, being The Queen’s right and left hands; they say she’ll be a perfect addition…
Please come along with Joelle on this journey, shared with the readers in serial fashion. A multitude of “Happily-ever-afters” are waiting with the completion of book 9.
Author’s Note: This novel is meant for open-minded adults. Activities described include a wide range of BDSM and sexual activities, some of which are male/male, male/female, consensual slavery, oral/anal/vaginal intercourse, bondage. The story also covers some sensitive topics in characters’ backstories, such as drug abuse.
Buy it on-
Smashwords
As they become available, please check on the “MyBooks” page for links to buy on Amazon.com, Barnes and Noble, and Allromanceebooks.com, if you’d prefer not to buy at Smashwords. 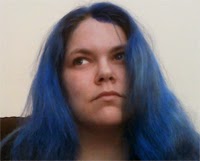 Happy Saturday, Spankos 🙂 With everything going on in my life – 1-2 releases per month, studying for more web development certifications, […]

Happy Saturday, Spankos 🙂 Hope your Saturday is going swimmingly. Thought I’d give you another taste from The  Binds That Tie. – a […]

It’s WipItUp time again. And I’ve got some great WIPs that are coming out this year. Tomorrow I’ve got 2 fantastic books […]

3 thoughts on “Is Vala’s Story a Series or a Serialization? on @JoelleCasteel ‘s book tour”