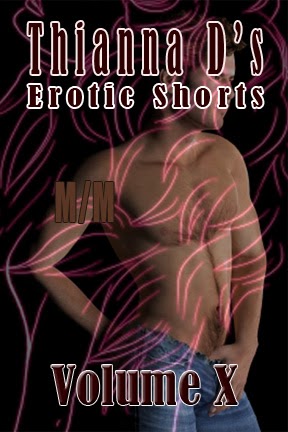 Hey, Seductive Studs & Sirens bloghoppers! Did you have a great Valentine’s Day?

Jayden is home from his first year in college and is still firmly in the closet – trying to ignore his mother’s matchmaking with every girl in town. There’s only one thing that could jar him – his crush on the lifeguard.

* * * * *
“A whole summer on the beach,” he whispered to get his mother’s match-making schemes out of his mind. That was one thing he had looked forward to in coming home. The beach. Sure he had loved the mountains that surrounded school. Fantastic for snowboarding. But the beach was where he had spent his entire life growing up. The sand. The sun. The waves.
And Chet.
Nobody knew he had a huge crush on the muscled life guard. He made sure they wouldn’t know. Nobody in the town of Gillcreak would understand. “Bunch of homophobes,” he grumbled underneath is breath. Of course he was firmly in the closet, refusing to even let anyone know and had been known to make caustic comments when he was afraid someone might suspect.
Suddenly needing to be on the beach now, he cut through Dirbir’s Alley, knowing it would take a mile off his journey. As he came around the corner, expecting to see the beginning of the long stairwell that would take him to his destination, he was brought up short by the scene in front of him.
Chet Andrews was underneath the outdoor showerhead that stood at the top of the stairs completely naked. And not just naked. He was naked and hard. And stroking himself.
* * * * *
Next week you get a first glimpse at The Blake/Dusty Chronicles: Two Sides of the Same Coin.

Nobody Need Ever Know, Part I: Jayden is fully in the closet. Nobody knows he is gay nor that he has a crush on the local lifeguard. When he catches Chet showering naked, it is a total wet dream come true.

Nobody Need Ever Know, Part II: For three days, Jayden has watched Chet. Today something changes and he is given the opportunity to touch his secret crush.

Nobody Need Ever Know, Part III: Embarrassed and unsure, Jayden hides away in his room, fantasizing about the man of his dreams.

Nobody Need Ever Know, Part IV: Rushing to watch Chet in the shower, Jayden is disheartened to find he isn’t there. But there’s a note and after finding out a secret about the gorgeous man, he wonders if now is the time to find out what being him means.

Nobody Need Ever Know, Part V: Will he? Or won’t he accept Chet’s invitation?

Coming In: Sent to a camp because he was gay, Corrin expected to have the gay beaten out of him. Only, this camp was not what it seemed and suddenly he had tons of reasons to rejoice.

Mr. Conneld’s Muse: For Conner, getting a job as Mr. Conneld’s muse sounded fun. He had no idea it would be incredibly pleasurable as well.

I Got Cooties: Every kid tries to stay away from cooties. But what happens when you catch them as a young man and nobody will believe you? Thankfully he has ‘that’ to help him spend the hours.

Stallion Supplies: Cleaning out the stables, Derrick came across a strange device he had no name for. Finding out its use opened his eyes to all sorts of possibilities.

Marcus And The Toy Shop: Uptight conservative Marcus has to take a trip to an adult store. His run in with a twink in pink leather is just the first of his experiences.

Release: Excerpt from Bane of My Existence – Antonia observes a scene between a dominant and his two male subs.

Phone Sex: Excerpt from Took My Breath Away: Being thousands of miles away from each other, Logan and Christian give phone sex a try…to amazing results.

Now, check out the rest of the wonderful bloghop…

Welcome to another My Sexy Saturday! This week, the theme is The Sexy Time of Day – and just about every […]

So you’re about to be mated. Every girl needs a last hurrah before that big night, right? So who can blame Malora […]

Hi and welcome to The Conversation. This is the third one and this time we’re tackling an author conundrum – Perspective. Perspective […]