Happy New Year! These coupons are good for about an hour and then will expire, so if you want the book(s), don’t wait 😉 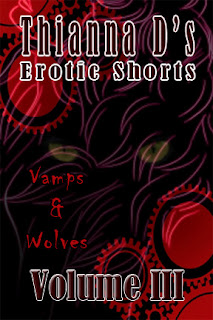 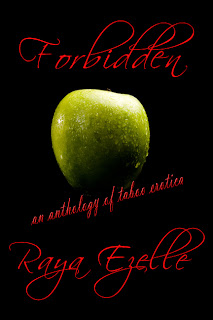 Forbidden – an anthology of taboo erotica
by Raya Ezelle

Forbidden is an anthology of taboo erotica. 6 steamy stories involving incest, religion and zoophilia. If any of these taboos insult you or are illegal where you live, do not buy.

The Hand of God – Jeremy cannot forget the spanking Reverand Michaels gave him years ago and comes back to face him, not realizing his feelings for the man run deeper than he expected. He needs what only the man of the cloth can give him.

Looking in the Mirror – Dave doesn’t know what came between him and his identical twin four years previous and is almost afraid to find out. Finding out his brother is in love with him is a stimulating surprise.

Fumbling Fingers – 19-year-old Cody is in love with Micah and intends to tell him over the holiday. The only two things standing in their way? His mother banished Micah because of his homosexuality and Micah is her youngest brother, Cody’s 22-year-old uncle.

Mr. and Mrs. Darret – Love comes in all shapes and sizes as Emilie and Timothy Darret can attest. Being sister and brother does not phase them, but they know that others will not accept them… until they find a way around that.

One Beautiful Bitch – Jennifer dreamed of this her entire life and finally became complete with Dragon, her pet. Her neighbor next door wished to help her advance in her kinky relationship and she found more happiness than she ever thought possible.

My Lovely Buttercup – Leila knew love and lost it at an early age even though she didn’t know it until her uncle came back into her life. Lord David, as she calls him, is everything to her and they will not let convention and social taboos separate them this time.

Happy Christmas to all who celebrate! Happy Qwanzaa and Happy Channukah as well 🙂 And Happy any other holiday you celebrate.  I’m […]

Hey Seductive Studs & Sirens bloghoppers! How is your Saturday going? This week I’m giving you a snippet from Volume VII of […]

And another Seductive Studs & Sirens is upon us. Woot! Gotta love these weekly chances to buy more books…or is it just […]

And it’s another WIPItUp Wednesday. Woop! So, did you enjoy my teases for the last four weeks? *snicker* I see last week’s […]