Okay, so this is a touchy post. So, 1st rule – read this with a logical frame of mind. 2nd rule – if something in it upsets you, walk away until you calm down and then return. If you cannot calm down about it? DON’T READ IT!

Say what? I used to argue that concept. Their excuse was that without the ‘power’ to enforce hatred upon an individual group, there could be no such thing – thus leaving the white heterosexual male as the only group that could truly discriminate.

That is plain and utter bullshit.

First let’s look at the meaning of discrimination: Discrimination is the treatment or consideration of, or making a distinction in favor of or against, a person or thing based on the group, class, or category to which that person or thing belongs rather than on individual merit (Dictionary.com)

This is not a power play – it means that if you judge someone on what group (whatever that is) that they belong to whether in a good or bad way, you are discriminating. Thus – EVERYONE can discriminate. And we all do, to some extent.

BUT – you cannot have it both ways. You cannot scream at the top of your lungs against discrimination for what/who you are and then immediately discriminate against others and say it is okay.

Will we ever be completely non-judgmental and non-discriminatory? Probably not. But we can strive for it.

I understand there is a lot of anger when people treat you differently than you should be treated – been there, got the t-shirt so many times I should have enough for the rest of my life. And nothing will make me fly off the handle more than someone touching on that subject if I am not prepared for it.

But I wish I didn’t. That is not something I want to feel and I at least recognize within myself that I am being discriminatory toward how people treat child-bearing women, or more to the point, how they treat me because I cannot bear children nor do I want any. That this is not about them, it is about me. When someone asks me if I have any children or starts talking about their own children as if that is something I would ever care about hearing just because I am a woman, my first instinct is to bite their frickin’ head off. They are probably just making conversation, but to me it flips the switch that was created as a teenager in the religion I was in because the only reason women were women was to have kids and since I could not, I was treated like a 3rd class citizen.

Do I like that I discriminate? HELL NO! But I know I do it.

So, why this post? It came about as I was looking at a petition I signed. It was to get Apple and Google to drop an app they carried that was written to ‘cure’ someone of being gay. I personally find the thought that gay can be considered a disease you can cure to be deplorable. It isn’t a disease.

I recognize why the people who wrote the app did so – religion (just like politics) works on fear. It says I can control you and get you to do what I want by teaching you to fear this, this and this. And these people have been taught to ‘fear’ someone being gay.They probably have no clue that they are discriminating. And yet they are. Hideously so.

But, to flip the switch, the LGBT community can be quite discriminatory as well. Just in the last year I have been told that “once you’ve had a girl, you would never go back” and that “all women should be lesbians”. Yes, that is discriminatory. It is based on your belief that your way is right and mine is wrong and both are value judgments. Neither person meant either comment rudely,  but they were. If a straight person told a lesbian that she just needed to be with a man and she would be straight the amount of hell that would be raised would be substantial. If that straight person told a lesbian that all women should be straight? Same reaction.

And rightly so. It is bullshit.

But the reverse also applies. As a lesbian you cannot tell a straight woman that all she needs is to have sex with a woman to ‘realize’ she is one – it is just as wrong, demoralizing and discriminatory.

And I get it, believe me I do. The part of them that says and perhaps even believes those kinds of statements is like the part of me that wants to snark at a woman who is telling me all about her little beasts “why the hell would I want a dirty, hideous brat to take care of? There is nothing redeeming about one”. The point is to realize when you are making judgments that do not belong.

Mad as hell yet? Sit back, relax and think about why this post pissed you off. I can bet it is because you do the same thing I do – get defensive. But the fact is, we all discriminate to some degree. The thing is to recognize that and learn to manage it. Get over the discriminating aspects of yourself you don’t like. Those that you accept? Fine, accept them as part of you, but recognize that they are in fact a form of discrimination.

Remember the definition? Discrimination is the treatment or consideration of, or making a distinction in favor of or against, a person or thing based on the group, class, or category to which that person or thing belongs rather than on individual merit (Dictionary.com)

Okay, now that I have given you a headache, go drink a glass of water, sit back, take a deep breath and kick a Schmoo. There. Don’t you feel better? 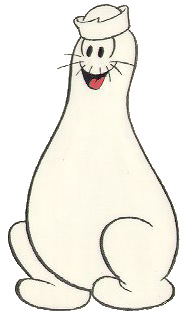 Yay! It’s Six Sentence Sunday again and we are in December! Does that seem crazy to anyone else? As promised, this teaser […]

Over the last two weeks, I have been amazed and rather horrified by how many of my friends online who have been […]

Another new design at Thia’s Kinky Shop” “Buy me I’ll change your life” Check it out here! Have you been to Thia’s […]