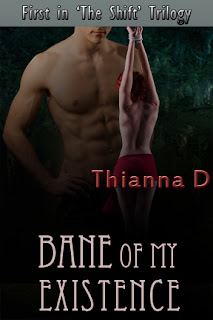 Hello you wonderful Saturday Seductive Studs followers! Making the rounds are we?

A yelp made her head swing around as Kayle was now hitting Tommy a lot harder. With every swing, Tommy let out a cry, swinging away and then back toward the cane. There were red marks all over his thighs and ass from what she could see. When Kayle swung and hit Tommy’s nipples, she squeaked in pain, wrapping her hands over her breasts. A dungeon monitor chuckled at her as he walked by. She chose to ignore him.

From the look of Tommy’s cock, it looked as though he was about to burst. How could he still be sexually excited after all that pain? Kayle put the cane down and maneuvered a waist-high metal table over in front of him. He reached up and unhooked Tommy’s arms from the chains, catching him before he fell over backward. He said something with a grin and to her surprise, Tommy laughed in return, nodding. Kayle laid his chest gently over the table hooking Tommy’s wrists to restraints that she hadn’t seen on the corners of the table.

Holy hell – were there restraints everywhere?

Happy Saturday, Spankos 🙂 On September 1st, A Thia Thing Reads, a site where you can read extended samples of A Thia […]

Welcome to another week of Seductive Studs & Sirens. Ready to get your fill of some great LGBT fiction? I know I am! […]

It’s here! It’s available! The Blake/Dusty Chronicles: Two Sides of the Same Coin Available at: Ebook:SmashwordsBarnes and NobleiTunesAmazon Print:CreateSpaceAmazon For updates on […]

Today, I’m giving Blake & Dusty the floor for my backlist. Why? These two men have been with me from the beginning. […]