Well, my lovely friends, it has been almost a full year since I released my first erotic story to the world. I’m still stunned that I have released and written so many stories in that time frame. I have grown as a writer so incredibly, both from the voracious amount of reading I do, and from the wonderful betas I have picked up along the way. The final Blake/Dusty Chronicle will be released in two days and I decided to take today and tomorrow’s posts to go over my accomplishments from this last year. Blake & Dusty will be tomorrow, but today, let me talk about my other amazing things…

I started this journey last May as I created a site for my kinky art. 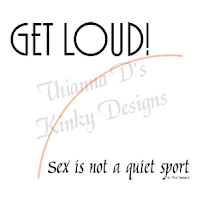 Thia’s Kinky Shop was a wonderful endeavor, but will be shutting down soon. With almost a year having been open and no sales, it is time to shut the door on it so I can just concentrate on writing.

But I do not regret that shop. I love my designs and still plan on using them in the future.

It will close sometime this May.

When I first began self-publishing in June, I released my first few Blake/Dusty Chronicles and a friend of mine suggested I post something on my blog that showed my writing style. I sat down at the computer to do just that and ended up with my first Library Tale.

I posted it on my blog for free and later on added it to Smashwords so that people could download it on their devices.

I have read fantasy/sci-fi books since I can remember. Actually, I penned my first fantasy story when I was five. Ha ha, I still have it, I even doodled drawings of martians in the corners. To be honest, when I wrote this, I hated it. I actually considered deleting it and not having anything to do with it. Instead, I closed the file and didn’t pay attention to it for several weeks. Strange – the story was so much better when I read it after that break.

So, what is Twice as Nice: Anya’s Tale about? To put it simply… a sex therapist and an entire race of men with two cocks. Intrigued? Check it out. It is one of my best sellers.

The next story I posted was actually my oldest – I wrote it a couple years ago, had it up on another blog and then forgot about it. I elected to delete that blog and pulled the story over here. I have fascinations with the oddest things. They come suddenly sometimes. This one deals with the concept of being kidnapped and sold as a non-consensual slave. Come, Slave, Let’s Go Home

I was experimenting with different genres and different ideas when I started my third library tale. I wasn’t sure at that point where I would take them or even if I would end up with a cohesive series at that point – I was just having fun.

Library Tale: Take 3 Revenge is Forever seems to be everyone’s LEAST favorite of my books, which kind of makes me sad. I assume it must be because this is NOT a story with a HFN or a HEA. This is an erotic story about revenge. Readers hate Camilia’s nemesis, but I adore him. Blayton makes no apologies for what he is, a blood-thirsty vampire. He takes what and who he wants and dispenses with the rest. Does it make me sick to say I rather like that about him? I adore an unapologetic vampire. It is one of the things I actually liked about the leaders of the vampire world in the Twilight books.

I used to be very politically active. Was president of the college democrats, rallied for what was right… yada, yada, yada.  Now that I’ve gotten to the age where I realize it really didn’t make that much difference, I still vote and take part… I’m just not as pushy about it. I penned this for election day last year. I was so tired of the political mumbo jumbo as well as the fact that less than half of the US actually votes that Trouble at the Polls sounded like a better way to get people to do something. I don’t know about you, but I think it would work. Throw out the electronic machines and put in orgasmic ones.

Bane of My Existence will be released on April 11th.

And I will leave you there for now. That’s enough to read for one day, don’t you think? Tomorrow, I will go over my Blake/Dusty journey as the 10th and final Blake/Dusty Chronicle will be released on Thursday, April 4th.

I need to learn more about astrology. I need to understand what all the houses mean. The moon rules my life with […]

Today is a very special birthday. Kat from Anastasia Vitsky’s series Kat & Natalie series is having a birthday bash. (Links below) […]

Title: Gift of Giving Club Author: Thianna D – Visit her at Website | Twitter This story is © by Thianna D. Note: This […]