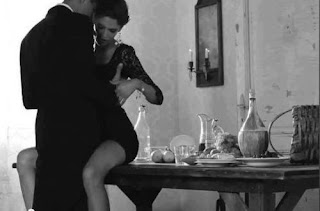 My Kink is better than Your Kink. That is how it feels almost every day on Fetlife.

They are really mouthy about it. I’m talking constantly. Blah blah blah. I am so fucking tired of it.

None of us has the right to judge another person for their festishes/kink. NONE OF US. There are tons of fetishes/kinks that turn me off, but I sure as hell will stand up for others rights to do them. Even if I don’t understand them. (And beating beaten to a bloody pulp for sexual pleasure is something I REALLY don’t understand.)

And yet, one of my kinks is continually looked down upon, chastised, and otherwise looked upon as disgusting and dirty. And yet it literally harms NOBODY. No bruises internally or externally, nobody is forced into anything, and you don’t even need toys to do it… though they can be fun. *smirk*

So, I really wish I could go up to some of these people and make them see sense. It wouldn’t work. They need something to be worse than what they do, so they have chosen what I fantasize about as that ‘thing’ they can deny.

Why can’t we all just fucking get along? Seriously. You do your thing. I’ll do my thing. We won’t judge one another.

Well, now, wouldn’t that be a nice place to live. Who’s with me? We can buy condos in the same neighborhood.

Blake Takes Some HeatPart 1 of The Blake/Dusty ChroniclesSuccessful and yet very alone, Blake works hard – almost to the point of […]

Hey fellow sexy Sunday readers! Time for another day of wonderful snippets from some amazing authors. I am continuing on this week […]

13 thoughts on “My Kink is better than your kink”