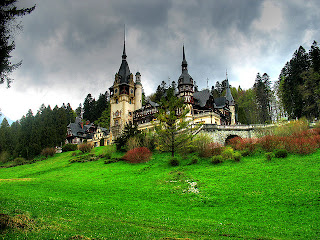 Has anyone else noticed the proliferation of fairy tales that have been popping up lately? We have the Grimm Fairy Tales retold in all sorts of new and interesting ways as well as brand new ones. Even my alter ego has been writing them for close to thirty years.
So, why? What is it about Fairy Tales that gets us? It obviously isn’t just a children thing as the books I am talking about (except the ones my alter ego is writing) are all erotic in nature.
So why do we want to read them?
I suppose psychologists could write a thousand page book on the subject, but I think it comes down to a few things.
We love the ‘damsel in distress’ even if that damsel is a strong man. When life has got us down, don’t we wish someone would swoop in on a white horse and make everything all right?
We want to read HEA. Why? Well, I suppose there are tons of answers, but the one that seems the most likely is that we live in reality and much of the time, reality sucks. It doesn’t end happily ever after. People die, lovers leave, jobs get out-sourced.
We need an escape. After all, isn’t that what a book is all about? Being able to disappear from reality for just a few hours into somebody else’s world. Yes, there will be some drama, yes there hopefully will be some tension, but overall, don’t we want to feel good as though somewhere in the cosmos happily-ever-afters actually happen?
That is one of the reason I stay away from books that state they are more ‘realistic’. Seriously? I don’t need to read about explicit murders and vicious psycho killers in a novel, especially when they get away with it. I could do that by opening up the newspaper or going to a news source online.
I want a hero, someone that yes, I could imagine as my hero. I want the HEA. The rescuing. The fairy tale.

Yep, that’s right, I want the fairy tale. I want the castle and the white horse and the prince. At least in stories… because they do not exist in reality.

Bring me a new fairy tale. Reality is staring me in the face.

With Brent & Char’s update story Knowing What She Needs coming out on Feb 1st, I thought I’d give you some snippets […]

This Thought Counts: Change of sight can be scary: A look at change through one person’s literal change of sight.

Last weekend I listened to the ‘Becoming Your Inner Siren’ teleseminar. It was wonderful to have 24 individuals who embrace that inner […]

2 thoughts on “What’s with all the fairy tales?”