It starts out as an errant thought, or maybe not even that. Sometimes it starts as nothing more than pen touching paper and the words taking off on their own.

However it starts, each completed step is a bit of a celebration. I have over 500 ‘parts’, stories that will probably never be finished. Some have a few chapters, some have 50,000+ words. So when I complete a book, bring it to a conclusion, it is definitely something to celebrate.

Now, I am working on the launches of three books, two of them short stories, and my first full-length novel. It is fun, scary, and overwhelming because I can’t give any one of them my complete attention for any length of time.

Except for when I am working on them.

Blake Makes a Move is Part 9 of the Blake/Dusty Chronicles. I have been writing them for almost two years. Last June I released the first one. As I have mentioned to others, Blake & Dusty are two characters I am incredibly attached to. And the closer I got to completing the series, the harder it was. To let go of these two seemed like an insurmountable thing to ask of me.

Blake Makes a Move will go out to conquer the world on March 14th.

Last edit has been made. It is now formatted for eBook and for one of the paperback editions. Soon it will be in the other one as well. The release date for this wonderful book is April 11th.

So, excuse me while I do a little celebratory dance of the paperback cover. 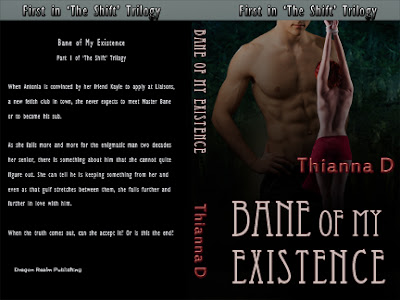 Hey all you wonderful sexy sunday people:) Welcome to Sexy Snippets! Sneak Peek Sunday looks like it is gone, but Sexy Snippets […]

This week on Coming Soon Sundays, the first book I’m featuring is Grave Hauntings, an anthology of stories just in time for Halloween. […]

The final two Blake/Dusty Chronicles are being released. Relive the journey our two wonderful boys made. Blake Makes a Move – released […]

4 thoughts on “Tiny steps that lead up to the whole”