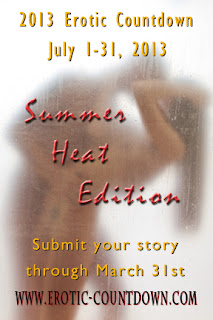 As of today, it has its own website – http://www.erotic-countdown.com/. Plus, now, I am not the only one behind it. ~whew~

Come on! You know you wanna!

With how much work goes into each countdown, they have opened up a few advertising opportunities. Check them out! You can choose a large ad, small add, or even a tiny ad that sits on a particular post!

Every author has a voice. Sometimes it takes us awhile to find the right genre that truly sets us going, but we […]

My first novelettes are a series called The Blake/Dusty Chronicles. Each book will be from a different point of view, the first […]