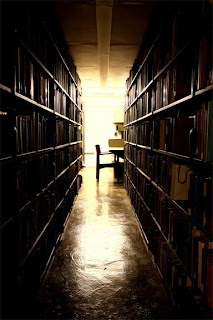 Landria bursts into the library, attempting to hide from her cousin Geoffery only to find the library empty. With nowhere to hide, she begs for there to be a secret hiding spot somewhere in the room. It was an old English manor after all.

Through the Library Door

Getting down to brass tacks for #SatSpanks

Check out another snippet from Ye Olde Kinke Faire for #SatSpanks.

Happy Saturday, Spankos 🙂 How’s your Saturday going? Thought I’d give you a taste from The Binds That Tie, book 1 of […]