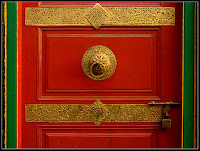 The portal opens once again on Feb 7th.

Join Landria and Nicholas as they go Through the Library Door.

The Markham Library series is about a private library belonging to the Markham family. Within this library the heroine or hero of each novella/novel finds her or himself thrust into the storyline of one of the novels it contains. The second in the series should be out Summer/Fall 2013.

Happy Saturday everyone! Have you checked out Saturday Seductive Studs? Every Saturday authors of m/m erotica post 200-word snippets of their work, […]

Another snippet from Making His Stand for #WipItUp bloghop.