Having fun reading the other Six Sunday posts? They are amazing, aren’t they? 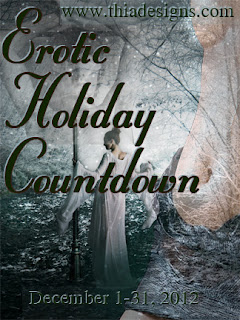 This six sentence excerpt is when Heather and Erik are in the shower. I think the words speak for themselves.

Awkwardly twisting in the process and steadying herself with one hand on Erik’s head, Heather was unprepared for the next wave of convulsions.  The air was forced from her lungs as her diaphragm heaved in response to a series of intense pussy contractions.  Heather was left gasping while grabbing on to Erik’s head.  His hair was too short to grip, or she would have pulled out handfuls while struggling with how her sex was ecstatically clenching and the strength in her legs had melted away.  When he kissed her clit, Heather’s mouth hung open and she was breathless as she orgasmed and squirted all over Erik’s three fingers and his chin.  It drained everything from her, and Heather felt her wobbly legs and arms give out.

As of Dec 31, all stories have been posted.

Hey fellow Saturday Seductive Studs followers! Another day of scintillating M/M erotica is ahead. (And don’t you just love that?) I hope […]

Hello my lovely friends:) Today continues my introductions of the two main characters from Bane of My Existence which is released tomorrow. […]

Welcome to the NEXT BIG THING Blog Hop. What is a blog hop? Basically, it’s a way for readers to discover authors […]